All about Write For You 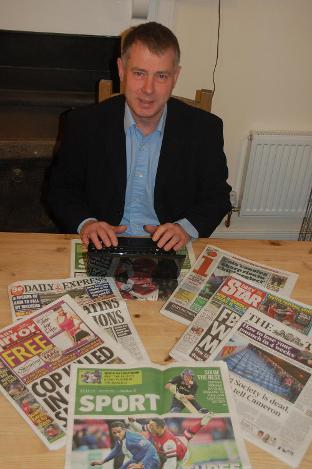 After a career in the Royal Navy followed by a spell as a crash rescue fireman in the Middle East, Derek enjoyed a spell in sales, mainly advertising, with the Portsmouth Journal and Yellow Pages so he learned how to sell the sizzle rather than just the sausage.

With a burning desire to write, Derek embarked on the NCTJ course and won the James Arlott Memorial Trophy for Outstanding Journalism Student.

Snapped up by the Colchester Evening Gazette after going there on work experience, Derek learnt loads from some very talented people, won more awards, had a brilliant time before moving on.

A year on the hugely-respected Stoke Sentinel ended when he was head-hunted by the East Anglian Daily Times where he became Chief Football Writer.

He followed Ipswich Town in Europe and his hard news experience came to good use as the club went into administration and financial and business writing along with takeovers and colour stories came to the fore.

After winning EDF Sports Journalist of the Year twice, Derek became a content editor at the Guardian Series in East London/West Essex for more than three years before striking out on his own with Write For You.

Why I'm Write for You

Derek still writes football for a number of national papers, including the Sunday Times, Times, Express, Daily Star and Daily Mirror on a regular basis, but has also branched out into web content.