The Problem Is Not With VAR

As my wise, old grandfather told me more than once - a poor workman will always blames his tools. 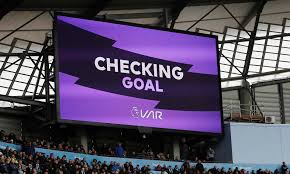 He was a Bevan Boy in an Ashington pit and the missing tips on a couple of fingers were testament to his occupation as a mining carpenter and being a Geordie, who literally grew up with the likes of Jackie Milburn and the Charlton brothers, his knowledge of football was unquestionable to a small lad like me.

Quite what he would have made of the controversial Video Assistant Referee system is not certain but as a man that did not swear, was scrupulously honest and loved the purity of park football as much as the heroes in black and white at St James' Park  I can only imagine. I like to think I inherited many of his better qualities, including embracing technology which can make life, football and working conditions better for the majority.

Getting decisions right every time is a sound principle and should make life easier for officials, placate angry managers, and clear up confusion for football fans and players alike.

But, just as a woman is either pregnant or she is not, a player is either offside or he is not - and just like the lines on a stick shows the start of a life, the technology drawn across the pitch proves a player is on or off. Similarly with accidental hand ball, or back in the day something we would call ball to hand.

Or does it? Has anyone, ever, seen a player score with their armpit? Of course not, yet it is deemed that if a player's armpit is over the line is offside. Gone are the days when level was on, nowadays a protruding toe as the ball is kicked is enough to rule out a goal. And then us not forget, just as top defending is a crucial part of the game, it is fundamentally art scoring goals. Goals are the entertainment; the 35-yard screamers, the bullet headers, the two-years tap-ins - its what the fans want to see, at the ground on the television or their mobile.

Over the festive period we have seen the likes of Norwich City and Sheffield United deprived of vital goals, and ergo - points because they were ruled out, rightly so technically speaking. However, anyone who knows football, loves football, understands football, whether they grew up in the Milburn era or the Sancho spell, will feel those clubs, and many others like them over the course of a season, were hard done by.

But the problem is not the VAR technology, it is how it in interpreted by the men in the booth going by the strictest laws of the game. No, 'in the opinion of the referee', no common sense, no giving the benefit to the attacker. It's as black and white as a Newcastle shirt and that is where the solution, along with the problem, lies.

It would mean referees, managers, players and fans all getting on the same page. Understanding that while technology is there to clear up the outrageous wrong on-pitch decisions, ball over the line or not, clear offsides or definitive hand balls, the officials need to get back to making the right decision using experience common sense and honesty.  And we all need to accept the decision - then VAR is always right and the referees decision is genuinely final.

But then, what would we all argue about, even with the most mild-mannered, wise old pundit?